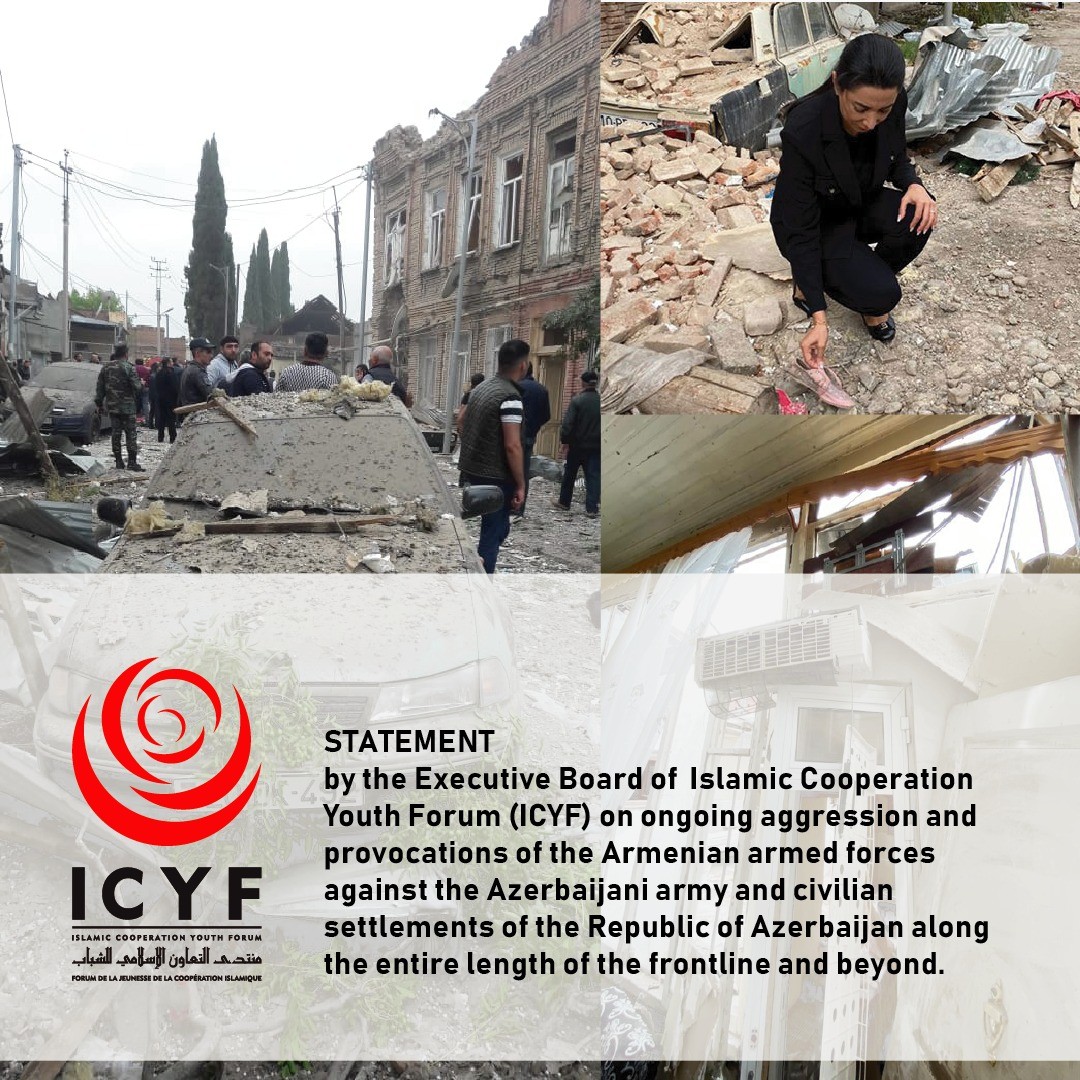 The Executive Board of ICYF strongly condemns the ongoing large-scale provocations and aggression by the Armenian armed forces against the Azerbaijani army and civilian settlements of the Republic of Azerbaijan along the entire length of the frontline and beyond. The current attacks of Armenia mostly targeting civilians in Ganja, the second largest city of Azerbaijan should be recognized as another attempt to jeopardize the stability of the whole region and obstruct the peace process of the Nagorno-Karabakh conflict between Armenia and Azerbaijan, according to the 4 resolutions (No. 822, 853, 874, 884) of the UN Security Council, as well as the relevant OIC decisions, which demand immediate and unconditional withdrawal of the Armenian armed forces from the occupied territories of Azerbaijan and support a peaceful settlement of the conflict based on sovereignty, territorial integrity and inviolability of the internationally recognized borders of the Republic of Azerbaijan.

The Executive Board of ICYF remarks on the importance of immediate and unconditional withdrawal of the Armenian armed forces by referring to the relevant UN Security Council resolutions and the relevant decisions and resolutions of the Islamic Summit and Council of Foreign Ministers of OIC on Nagorno-Karabakh conflict. The end of the Armenian occupation will undoubtedly have critical importance for the establishment of the long-standing order and peace in the whole region. The ICYF Executive Board cares about peace and order in the region for the future of both young people settling in the region and those displaced due to the conflict.

While expressing once again condemnation of the Armenian aggression against Azerbaijan, The Executive Board of ICYF reiterates its solidarity with the people of Azerbaijan and extends its condolences to the families of the martyred, and wishes the injured speedy recovery.