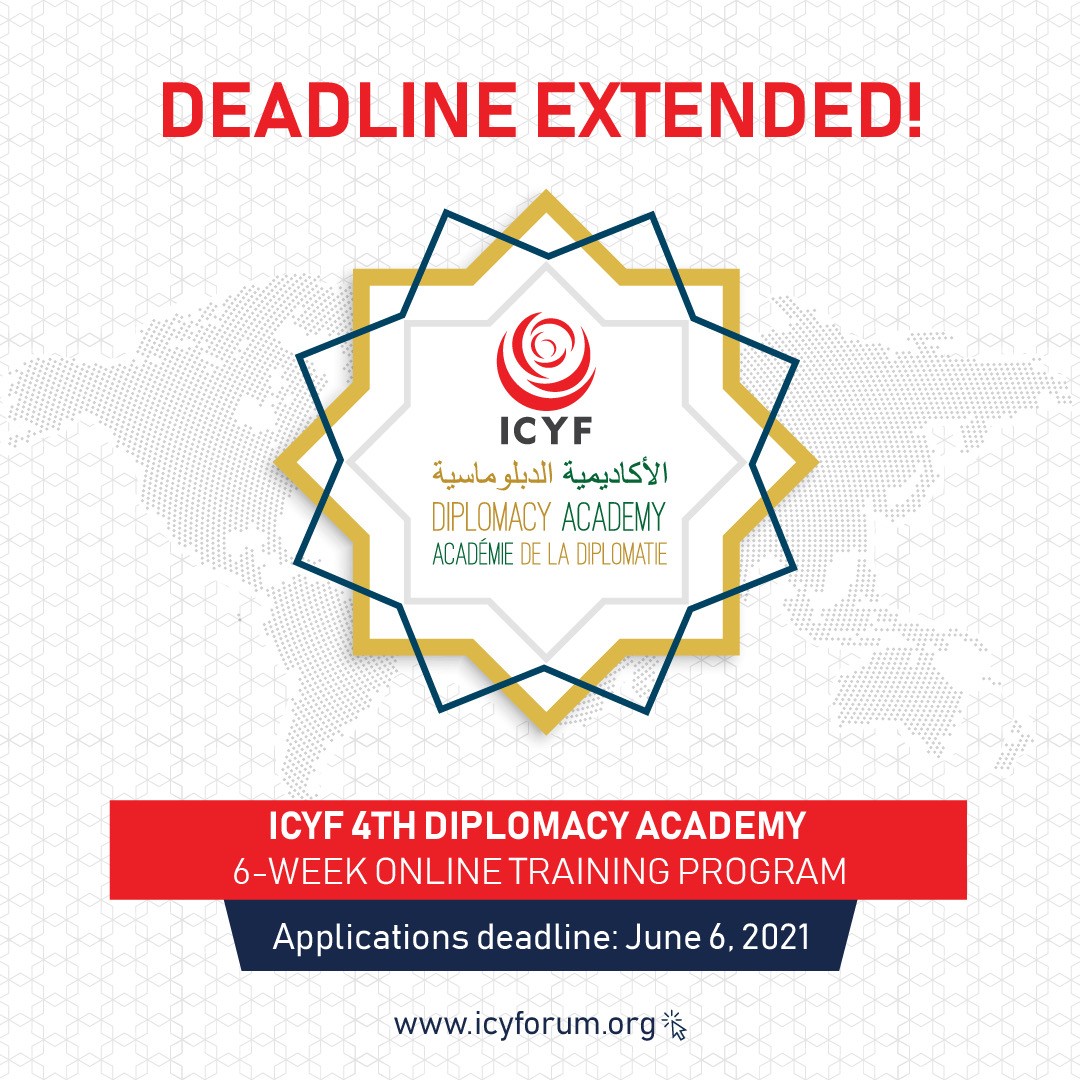 Islamic Cooperation Youth Forum (ICYF), an international institution affiliated to the Organization of Islamic Cooperation (OIC), launches the 4th Diplomacy Academy which offers 7 weeks of academic seminars as well as training courses for local and international students from all over the world. Diplomacy Academy is prepared to train young, bright, and dedicated minds in diplomacy. During this program, students will become familiar with the functioning of an international institution while improving themselves in the field of diplomacy during the weekly conferences planned to be given by important figures of the diplomatic world.

Diplomacy is as old as the concept of the national states appeared in the early 16th century. Since then, the need for engagement between states becomes obvious for the settlement of disputes as well as the management of common needs. Hence gradually, on a state scale, organizational administrative units are being created which deal with the relations with other states and the shaping of the official state foreign policy, a particularly arduous and complex task given that, for the mapping out of general directions as well as specific actions, historical, cultural, national, military and economic considerations must be taken into account, while the involvement of parameters outside the state may exercise an influence on the shaping of the final choices. These realities are what makes diplomacy a highly needed art. Specifically in the Muslim countries, who suffered from continuous conflicts within or outside of the country, at a large scale including relatively minor ones to the major wars, diplomacy is the first tool to be used to settle the disputes without using force which has a great potential to create a bigger devastation. Realizing this fact, enabling the Muslim youth to master diplomacy becomes one of the focal points of ICYF’s agenda, as the umbrella institution affiliated to the Organization of Islamic Cooperation, for youth organizations in the Muslim world. Therefore, Diplomacy Academy is designed by the ICYF to improve the diplomatic skills of the youth and enlarge their visions regarding the global issues. The Academy will gather official representatives from governmental and non-governmental organizations, diplomats, politicians, university representatives, journalists and academicians to deliver courses in the best possible way for the students. Each participant who fulfilled the participation criteria is traditionally granted a Certificate at the end of the Academy. Since 2019, three Diplomacy Academy programs have been successfully completed. The 1st Diplomacy Academy started on 22 February 2019 with 100 selected participants from 36 countries. The 2nd Diplomacy Academy started on 8 November 2019 with 120 selected participants from 40 countries. The 3rd Diplomacy Academy was held between 21 February 2020 and 1 May 2020. And finally, the 4th Diplomacy Academy is planned to be launched online between 4 June 2021 and 9 July 2021 and is open for applications.

Diplomacy Academy aims at contributing the education and the development of Muslim youth in theoretical and practical terms about current international relations issues and equipping them with diplomatic skills in a multicultural platform.

Note: Participants that are completed the whole process successfully will be granted with a Certificate at the end of the Academy 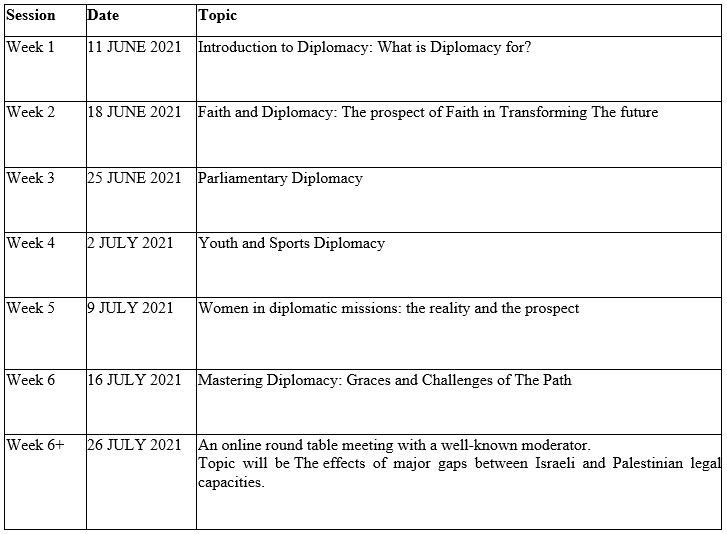