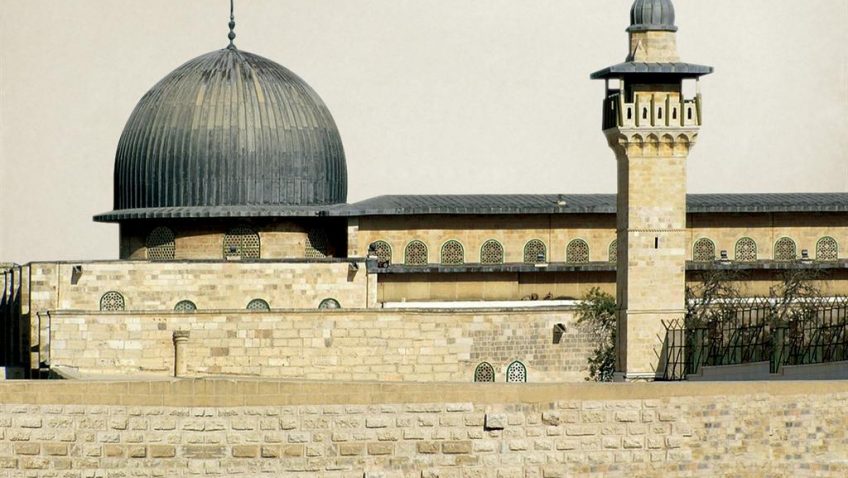 ICYF Condemning Closure of Al-Aqsa Mosque and CALLING TO “#IamPalestinianUnder50”

ICYF Condemning Closure of Al-Aqsa Mosque and CALLING TO “#IamPalestinianUnder50”

Muslim world has deeply hurt by the closure of Al-Aqsa Mosque by the Israeli forces which come out of the clashes between Jewish settlers storming the mosque and having conflict with Palestinian worshipers. The closure of the Mosque by Israeli authorities last week escalated the tensions between Israelis and Palestinians in Jerusalem which triggered social unrest.
Recent news has unfortunately been released that reveals barbaric desacration and considerable damage to Al-Aqsa and the Holy Qur’an’s copies.
The decision by Israeli authorities to limit only those under 50-year old to attend the worship in the Mosque stands as discrimination against the rights of young people and against freedom of faith.
Islamic Cooperation Youth Forum (ICYF) sharply condemns the recent situation occurred in Al-Quds (Jerusalem) and reminds that the tension between Israelis and Palestinians does not only reflect the clash among two nations but it rather leads to a clash of civilizations, flames hatred between the members of different religions and races; and get ahead of dialogue and tolerance which are the key to the global peace.
To increase awareness among youth of OIC countries and all those of good faith, the ICYF initiates “#IamPalestinianUnder50” Campaign to protest injustice and violation of international human rights law. Please follow ICYF social media accounts (@OIC_Youth) to get the details of the campaign and count your voice for the cause of JUSTICE and PEACE.