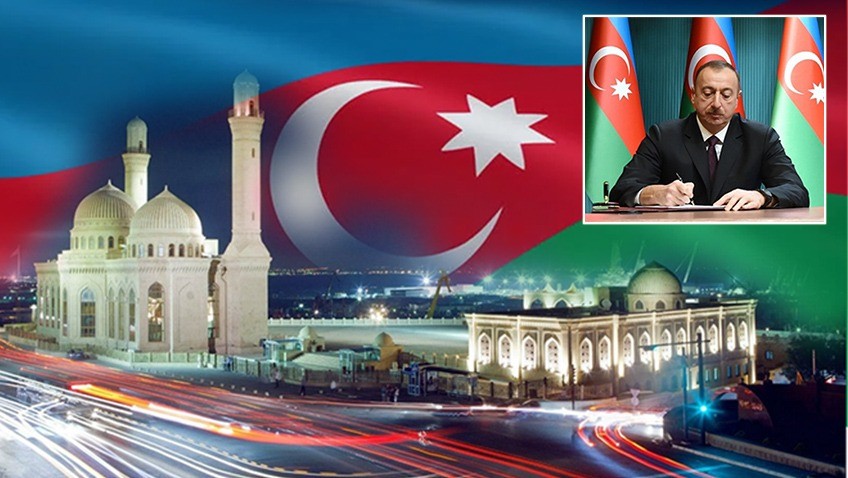 ICYF PRAISES ANNOUNCEMENT of 2017 – YEAR OF ISLAMIC SOLIDARITY IN AZERBAIJAN

Islamic Cooperation Youth Forum (ICYF) highly appreciates the decision of H.E. Ilham Aliyev, the President of the Republic of Azerbaijan to declare 2017 a Year of Islamic Solidarity in Azerbaijan.

As the special decree signed by His Excellency President Aliyev states Azerbaijan has been one of the centers of the Islamic civilization since many centuries and has played an important role in spread of Islam and shine of  Islamic Golden Age (Renaissance). The Republic of Azerbaijan has set mutually beneficial relations in the Islamic World organizing several important cultural forums being the member of Organization of Islamic Cooperation (OIC), ISESCO and other respectable international organizations uniting the Muslim countries. Hosting of the 4th Islamic Solidarity Games in Baku in 2017 serves as another contribution of Azerbaijan towards strengthening of Islamic Solidarity.

ICYF family thanks H.E. Ilham Aliyev, the President of the Republic of Azerbaijan for firm stand in boosting friendship among and development of youth of the OIC countries indicated in His continuing strong support toward the institutionalization and development of the ICYF as an international institution affiliated to the OIC. Since the establishment of ICYF in 2004, Azerbaijan hosted numerous ICYF conferences and programmes, including its Founding General Assembly (Baku, 2004) as well as ICYF Eurasian Regional Center in Baku. The decision of the Government of Azerbaijan to host the 4th session of the Islamic Conference of Youth and Sports Ministers (ICYSM) adopted by the 3rd session of the ICYSM co-organized by ICYF (Istanbul, October 2016) is yet another implication of such a strong support. ICYF community also very much appreciates the policies of the Government of the Republic of Azerbaijan toward support of youth of Azerbaijan, providing them with opportunities for maturing to true leadership in various fields of the country’s life.

ICYF reiterates its eagerness to support implementation of this decision by stepping up in the framework of the “Year of Islamic Solidarity” its projects and programmes including those steaming out of Joint Youth Actions and further strengthening cooperation with the Government and youth of Azerbaijan for the benefit of national youth, strengthening Islamic solidarity and global youth dialogue.