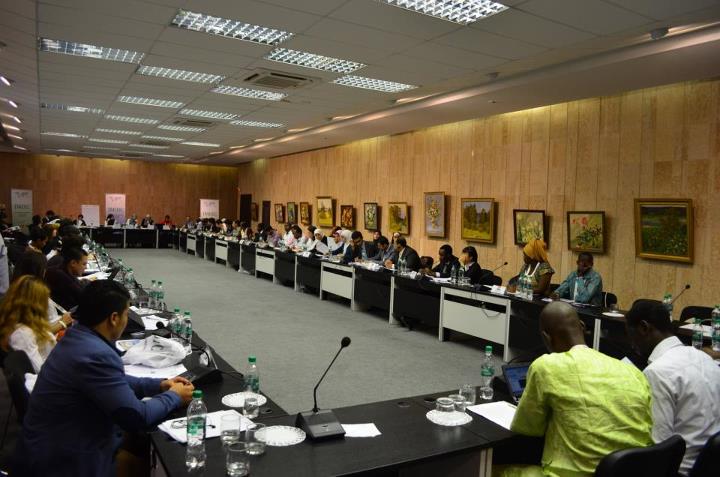 The plenary session of simulation meeting of OIC foreign ministers\’ has been held within the 2nd Global Summit of OIC International Model in Kazan, Russian Federation\’s Tatarstan Republic.

The session is organized by the Islamic Conference Youth Forum for Dialogue and Cooperation (ICYF-DC), the government of Tatarstan and \”Selet\” Student League of Tatarstan.
The event has brought together the youth of the OIC\’s 50 member countries, as well as representatives of government and parliament of Tatarstan, Turkish Deputy Minister of Youth and Sports, pro-rector of the Malaysian International University delegation of ICYFDC and Tatarstan Student League.
Program manager of OIC Youth Forum Sevinj Isgandarova has held a presentation of \”Justice for Khojaly\” campaign, which is realized at the initiative of ICYF-DC General Coordinator for inter-cultural dialogue Leyla Aliyeva.
She also informed the participants about progress achieved during the past 3 years within the justice campaign.
Sevinj Isgandarova called on the summit participants on behalf of the OIC Youth Forum to support the campaign in their countries and effort the joining of young people to the campaign.
The project resolution proposed by the Azerbaijani delegation and reflecting the real situation in Azerbaijan\’s occupied territories was passed by a solid vote.
The statement featured the requirement of the liberation of Azerbaijan\’s occupied lands.
The active participants of the session were awarded with the special certificate and prizes by the ICYF.