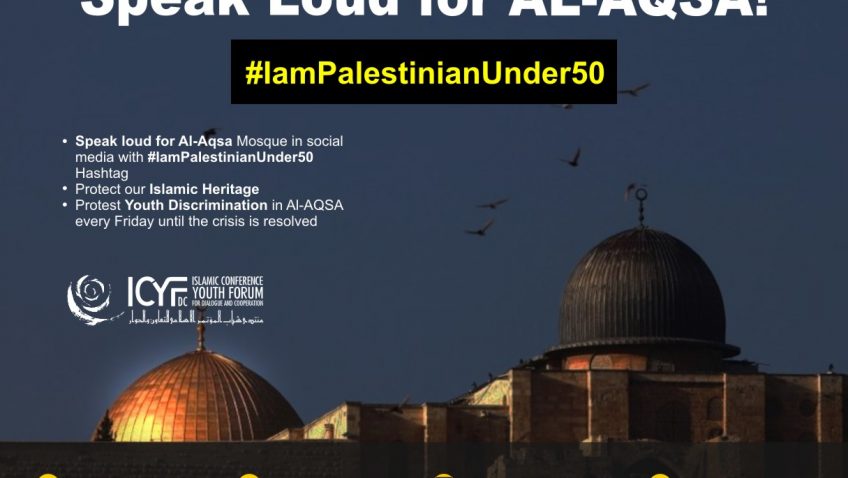 In regard to recent attack on synagogue in West Jerusalem, ICYF once again underlines its position that all humans irrespective of their religion has undeniable right for safe and free expression and practice of their faith; and all attacks on places of worship, especially those of sacred importance should be condemned.

This latest unfortunate attack is yet another sign how barbaric and unjust pressures on Al-Aqsa mosque and its on-and-off closure (in particular negative discrimination against young believers) exercised by Israeli authorities triggered dangerous escalations not only between Palestinians and Israelis but also inter-civilizational tensions which poses risk for global peace and security.

ICYF invites all member-organizations to educate youth on true call of Islam which prohibits violence against any places of worship; and once again extends its call to strengthen international awareness on the root cause of recent cycle of violence in Jerusalem – which is inhumane occupation of Palestinians and desecration of Al-Aqsa mosque – in particular by forwarding ahead and widening #IamPalestinianUnder50 Campaign in both OIC member and non-member countries.