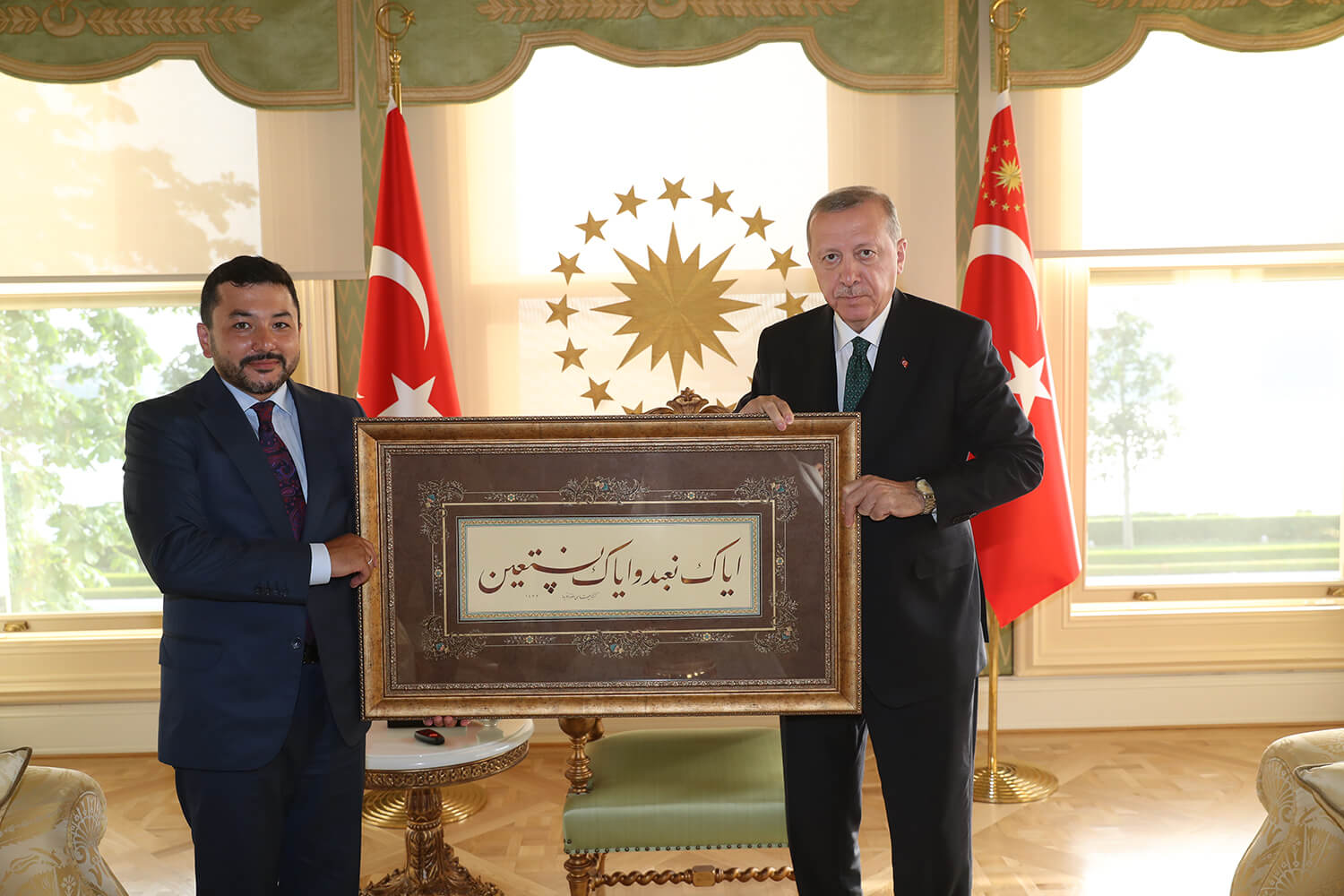 The ICYF President Mr. Taha Ayhan was received by H.E. Mr. Recep Tayyip Erdoğan, President of the Republic of Turkey on June 10th, 2020 in Istanbul. During their bilateral meeting, Mr. Ayhan summarized to His Excellency, President of the Host Country the various successful and ongoing ICYF projects and programs, especially those implemented during the COVID-19 pandemic. On behalf of Muslim Youth and the ICYF family, the ICYF President expressed his deepest gratitude and thanks to H.E. Mr. Recep Tayyip Erdoğan, Head of the Host Country for the strong support and generous contributions made by the Turkish Government to ICYF activities and projects implemented on the local and international levels since its establishment. His Excellency the president expressed appreciation, interest, and support for ICYF’s vision and mission. In turn, H.E. Mr. Recep Tayyip Erdoğan further affirmed his nation’s continued support and contribution to ICYF’s activities and role in the development and empowerment of Muslim Youth in the OIC Geography and beyond, urging the institution to reach more youth, especially those hailing from the Least Developed Countries of the OIC region.