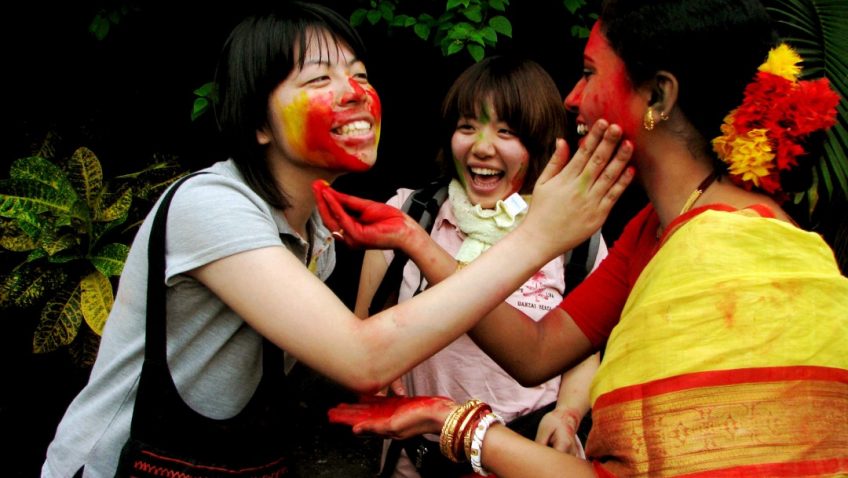 Islamic Conference Youth Forum for Dialogue and Cooperation initiated Photo4Tolerance international photo contest in cooperation with UnoAC. The contest which aimed to demonstrate the importance of tolerance and respect to people from different origins of ethnicity, religion, culture and civilizations was open to all international young photographers between 16-35 years. The contest welcomed hundreds of photos throughout the world in a short time. The participants contested from different religions, cultures and ethnicities.

The Award Ceremony of Photo4Tolerance was held during the 2nd General Assembly of ICYF-DC on 10 October 2014 in Istanbul. The first place winner Sourav Karmakar from India was awarded with 2000 Euros for his work titled “Give me Red”, the second place winner Imas Choirun Nisa Fujiati from Indonesia was awarded with 1500 Euros for his work titled “Istiqal Mosque – Cathedral” and the third place winner Albina Rza from Turkey was awarded with 1000 Euro for her work photographed in Baku, Azerbaijan whose message was “While opening window to our world,we must learn tolerance in order to look our light future,make our life on the basis of joyful and wonderful notes.” Two photographes were also awarded with special prizes.

The aim of the contest initiated by ICYF-DC in cooperation with UnoAC was to impose youth the fact that “diaologue” is the main source to apply while dealing with challenges. The message of the contest was “Diversity is the cultural wealth of humanity. And tolerance is the main component of peace. A better future is only possibly with our potential of living in the globe.”

The organization committee of the contest issued the web page on www.photo4tolerance.com and published a Facebook page onwww.facebook.com/photo4tolerance where the photos are publicly posted and opened for comments.